Takeaways from the special Vienna Migration Conference event held in Berlin under the auspices of the German Chair of the ICMPD Steering Group on 27 June 2022.

The EU’s response to the displacement of people fleeing the war in Ukraine has been swift, solution-oriented, and unified. While the ongoing crisis response and the implementation of the temporary protection regime for refugees from Ukraine remain a priority for hosting countries, the need for longer-term strategies has become more pressing. Discussions on integration, reconstruction, and return, when possible and desired, have already taken a more prominent role on national policy agendas. At the same time, the extent of the impacts of these developments on the future of the EU migration and asylum policy debate remains challenging to assess and is likely to be less straightforward than some might have predicted.

On 27 June 2022, ICMPD and Germany, in its capacity as 2022 Chair of the ICMPD Steering Group, organised a special mid-year Vienna Migration Conference event hosted by the German Federal Ministry of the Interior. The event brought together senior migration decision makers from European countries and EU institutions to discuss the impact of the Ukraine displacement crisis and corresponding lessons learnt for policymaking with an audience of relevant Berlin-based stakeholders.

Below are six main takeaways from the discussion:

1. Local authorities and civil society play a primary role in receiving and integrating refugees, and this reality needs to be acknowledged through adequate measures

The massive displacement triggered by the war in Ukraine presented the EU’s frontline and main receiving countries with major challenges. A common effort from all levels of government, civil society, and individuals alike was required to successfully address the immediate needs of those displaced. Vital emergency support, including reception and accommodation, was provided by private citizens, family networks, and organised civil society such as the diaspora. In the mid to longer term, most integration support measures, such as language courses, childcare, schooling, and job search assistance, will remain a local responsibility. Successful implementation will thus depend on the capabilities of local authorities and rely on support from (local) businesses, residents, and diaspora networks. An equally important precondition is a government’s ability to acknowledge, support, and adequately finance these activities. The inclusion of local authorities and civil society in decision-making on targeted policies and corresponding budgets can significantly contribute to the success of local integration measures.

With the winter season looming, international organisations are already stepping up their humanitarian efforts in Ukraine. Yet, the deteriorating economic and security situation, lack of sufficient gas supplies for heating, and destruction of private homes and infrastructure will push more people to leave for the EU. A major challenge in preparing for rising numbers of arrivals remains the limited human resources available to welcome the displaced, especially in smaller EU countries. Capacities for reception, health care provision, and social services are already stretched and struggling to cater to the current number of displaced persons. As numbers rise during the winter months, many places will struggle to uphold the high standards they have put in place for welcoming people fleeing war in Ukraine.

3. Exit strategies for temporary protection should aim to address the tension between integration and return – and maintaining the agency of individuals can help define the way forward.

For those displaced from Ukraine, the end of violence and prospects for return remain difficult to forecast. As the war in Ukraine wears on, hosting states’ responses are reflected in exit strategies for temporary protection. Concrete solutions to questions of residency are already being rolled out in some Member States. Poland, for example, offers a simplified procedure for obtaining a three-year residency permit to those who have been registered under temporary protection for at least nine months. Such options are likely to gain popularity among beneficiaries once their right to stay and the corresponding support granted under temporary protection expires. Currently, government stakeholders are mainly concerned with which integration measures to offer, promote, or require. The case of schooling is illustrative: Should children from Ukraine continue to follow the Ukrainian curriculum to allow for a seamless reintegration upon their return, or be obliged to participate in the host country’s school system?

Ensuring self-sufficiency and the agency of the individual in situations of displacement can help to define the way forward. For those displaced, understanding and participating in the host country’s society are important prerequisites for well-informed decision-making, including if and when to return. In this context, supporting skills and knowledge acquisition from the start, including language immersion, schooling, and labour market integration, plays an important role. Some receiving countries have thus started to make it an obligation for refugee minors from Ukraine to integrate into the host country’s school system. A policy that would allow for circularity between Ukraine and the host country could further strengthen individual agency and create benefits for all involved. Ukraine would benefit from freedom of movement, as it would entice more citizens to return home. The hosting state could (temporarily) fill its labour market gaps. And refugees from Ukraine would benefit from the expertise and salaries earned abroad, which they may decide to invest into rebuilding their home country.

4. Bigger picture thinking and flexibility should be prioritised for future-oriented policymaking.

To better manage limited capacities in the face of recurrent crises, migration policy debates should be refocused. Agreement on the main policy and strategic objectives should be given priority over legislative and implementation details, which often become outdated as circumstances evolve. On this basis, a broader, more adaptable EU migration and asylum policy framework should be envisioned, which would remain relevant beyond current challenges. The first laws and legislative instruments under the Common European Asylum System provide an example of flexible language. Less detail-ridden EU policy instruments are required to support the agility needed for a policy area that should remain responsive to constantly evolving dynamics. This should also be mirrored in the design of flexible policy responses at the national level. Frequent reviews could help policies evolve over time without becoming obsolete.

The last time that Europe saw a large spike in arrivals was in 2015-16; ever since, there has been a constant sense of crisis when it comes to discussing EU migration policy. Nevertheless, for more than 20 years, the Temporary Protection Directive remained unused; it was considered dead until just moments prior to the Russian invasion. The rapid consensus among Member States to activate the Directive as a response to the influx of displaced persons from Ukraine exemplifies how swiftly the tides can turn in certain crisis situations. Today, the Directive is the centrepiece of the EU’s response to this large-scale displacement. Recent developments have confirmed that migration policy priorities are set, and overturned, when the bloc’s identity is seen as under threat. They have prompted a common willingness to get things done, and have driven crisis-specific EU action on an issue as controversial as migration.

6. The EU’s response to displacement from Ukraine is unlikely to solve old controversies on migration matters.

The urgent need for a common EU response to displacement from Ukraine has made decision-making more dynamic in a field beset by gridlocks. While the crisis has contributed to progress on targeted policies and has enriched understanding around managing large numbers of refugee arrivals to the Union, it is unlikely that the current displacement situation will single-handedly resolve the bloc’s long-standing stalemates in the area of migration. Member States’ differing political views on the matter remain largely unchanged and difficult to converge into a comprehensive migration and asylum management reform.

The declaration on a voluntary relocation mechanism, which was signed by 18 Member States (and three associated countries) this summer, is a case in point: It is a reminder that current solidarity towards persons displaced from Ukraine does not equate, and is unlikely to translate into, solidarity among Member States on the relocation of arrivals from Mediterranean Member States. Rather, this gap will remain a source of tension in the ongoing search for a common approach to migration and asylum that is acceptable to all.

Such reform would require unity on a common framework and legislative details independent from the (crisis) situation at stake. For many Member States, the proximity and geopolitical context of a particular displacement situation is likely to remain a decisive factor in their willingness to engage and share responsibilities. Each displacement crisis is unique, and measures related to Ukraine are unlikely to spill over to other situations of large influx, unless most members of the bloc agree there are fundamental implications for the Union.

Remarks from Ms Natalia Naumenko, Head of the State Migration Service of Ukraine, can be watched here.

The 2022 edition of the Vienna Migration Conference will be held on 11-12 October and livestreamed to a global audience. Find out more and register here.

Opinions expressed in this publication are those of the author(s) alone. 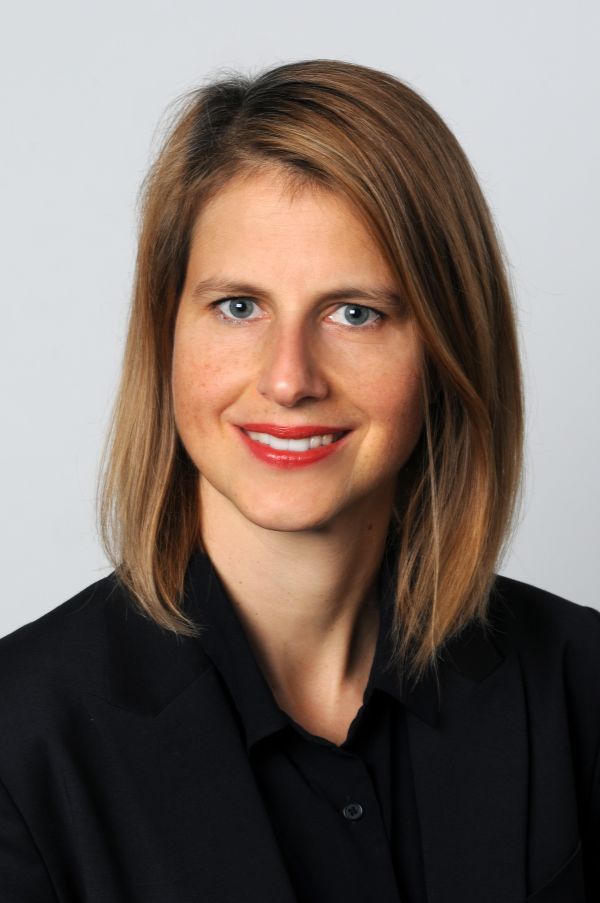