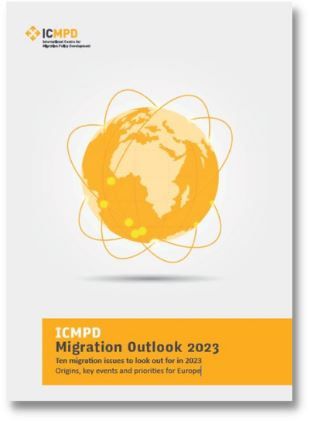 The EU could see an influx of up to four million more Ukrainians in 2023, and Russia will seek to further weaponise migration from North Africa and the Middle East. These are just two of the forecasts made in the latest Migration Outlook report 2023 from the International Centre for Migration Policy Development (ICMPD).

Rural Communities and Migration: An Assessment of Migration Factors in the South Mediterranean 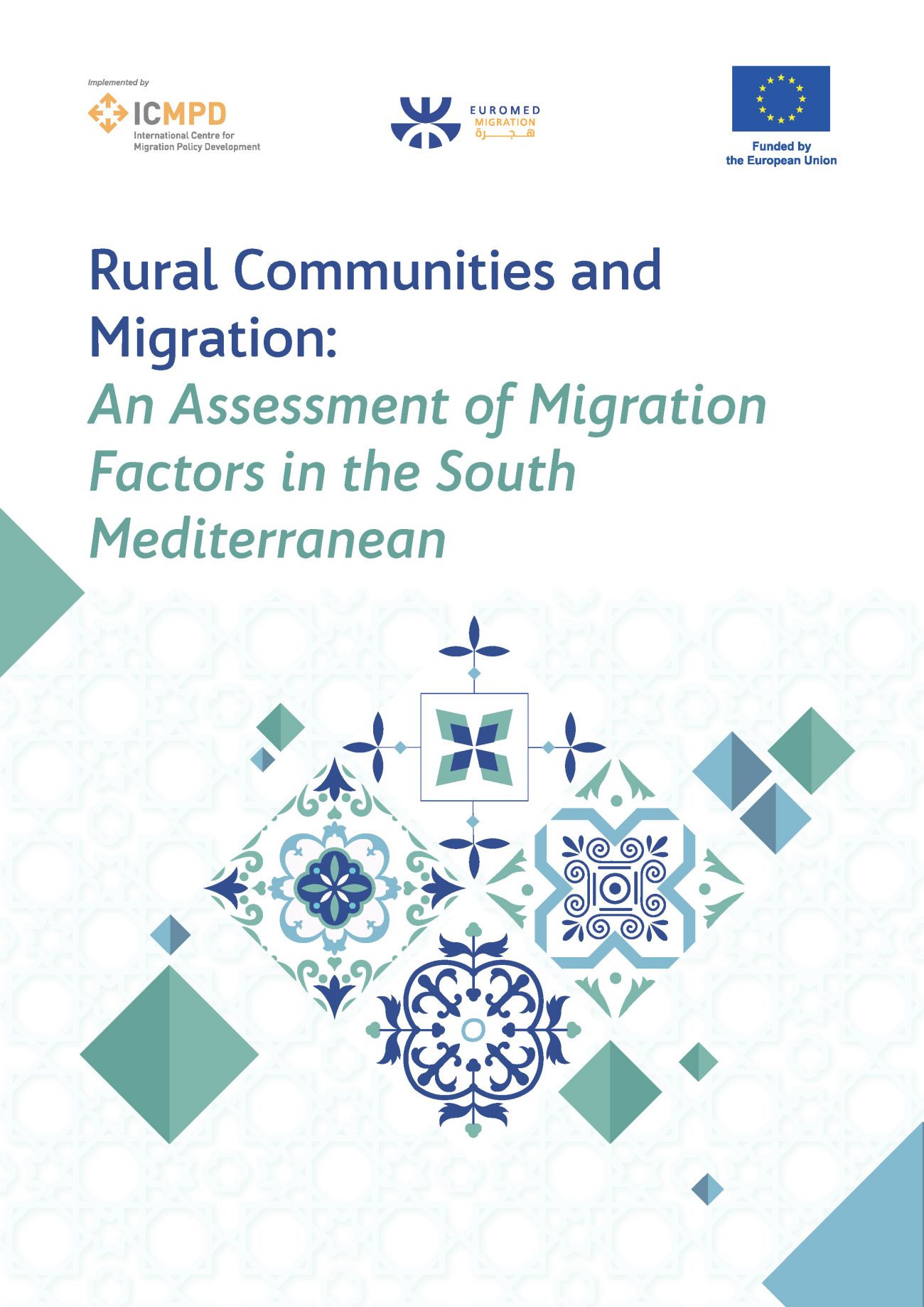 Rural communities in North Africa and the Middle East are confronted with a myriad of context-specific challenges. While food security is rising on the global and regional agendas, countries are experiencing a demographic decline in rural areas, important shortcomings in rural development and environmental degradation resulting from resource overexploitation and climate change. For concerned communities, the conjunction and intensification of these trends raises serious questions as to their ability to cope now and in the near future. This study is devoted to the analysis of the migration phenomenon in the South Mediterranean’s rural areas. It focuses on identifying and explaining rural trends of migration, including incoming and returning flows. To do so it draws on a multi-disciplinary and synthetic examination of the situation in five countries: Algeria, Egypt, Jordan, Morocco and Tunisia. The results and recommendations arising from the study are meant to consolidate knowledge on migration in the Euro-Mediterranean region in line with the target 10.7 of the UN sustainable development goals to achieve safe, orderly and regular migration. 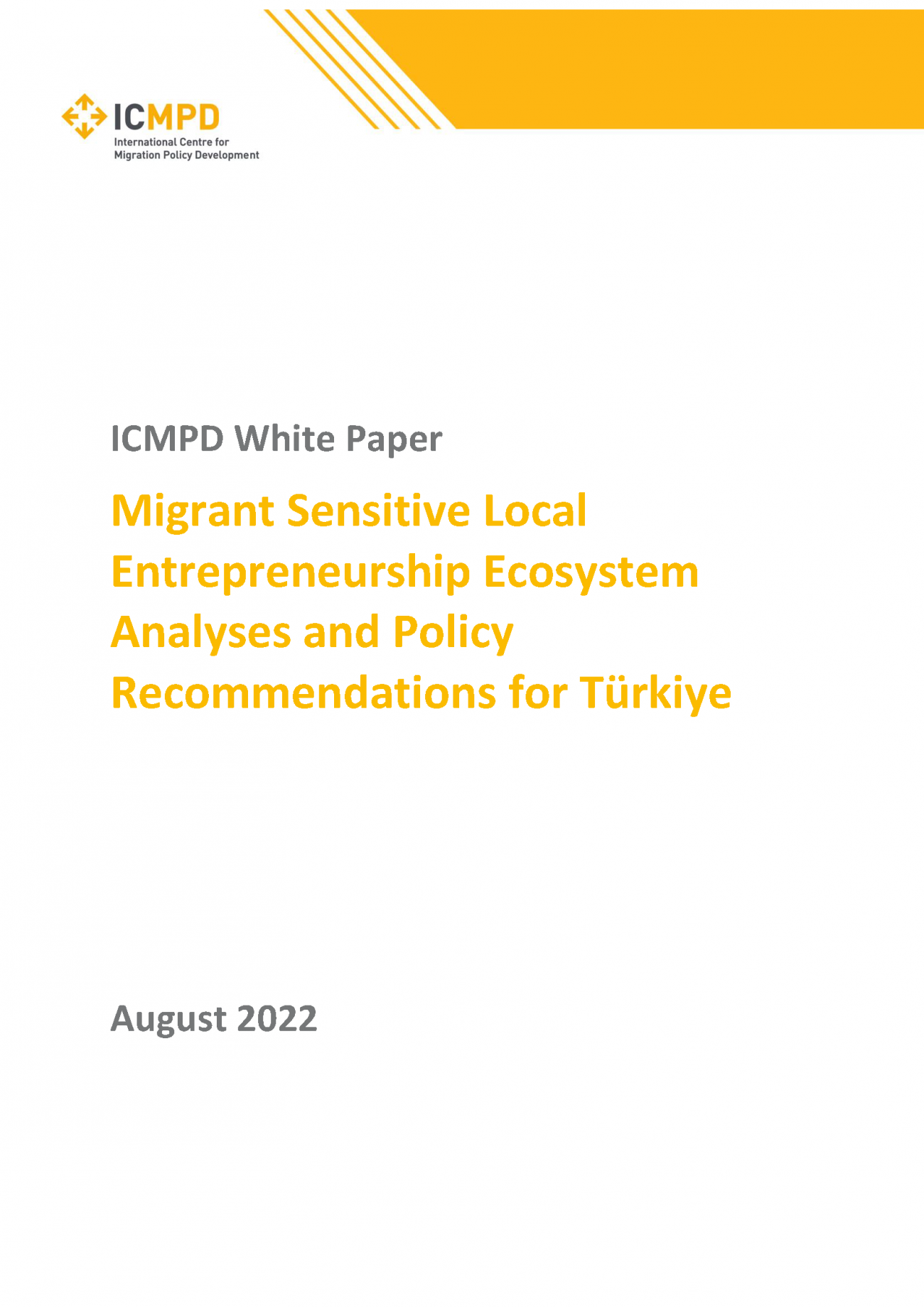 This study is carried out within the scope of Enhancement of Entrepreneurship Capacities for Sustainable Socio-Economic Integration (ENHANCER) Project, which is funded by the European Union and implemented by the International Centre for Migration Policy Development (ICMPD).

Migration sensitive Local Entrepreneurship Ecosystem (LEE) Analyses have been carried out in 11 provinces of Türkiye; Adana, Ankara, Bursa, Gaziantep, Hatay, İstanbul, İzmir, Kayseri, Konya, Mersin, and Şanlıurfa. The distinct feature of these analyses than the ones already conducted is the inclusive approach for Syrians under Temporary Protection (SuTP). Through ecosystem analyses, the challenges and opportunities for the SuTP entrepreneurs as well as of their relations with ecosystem actors have been identified and policy recommendations are presented for improvement of local entrepreneurship ecosystem focusing on SuTP entrepreneurs.

Unique collaboration bringing together migration expertise, a local university and the private sector, opens up prospects for the local population, business location and companies

Ministerial Conference of the Salzburg Forum

On 15 and 16 November 2022, the Ministerial Conference of the Salzburg Forum took place in Bucharest, Romania. ICMPD Director General Michael Spindelegger was invited to speak on behalf of ICMPD.

Signing Ceremony Seat Agreement with the Kingdom of Morocco 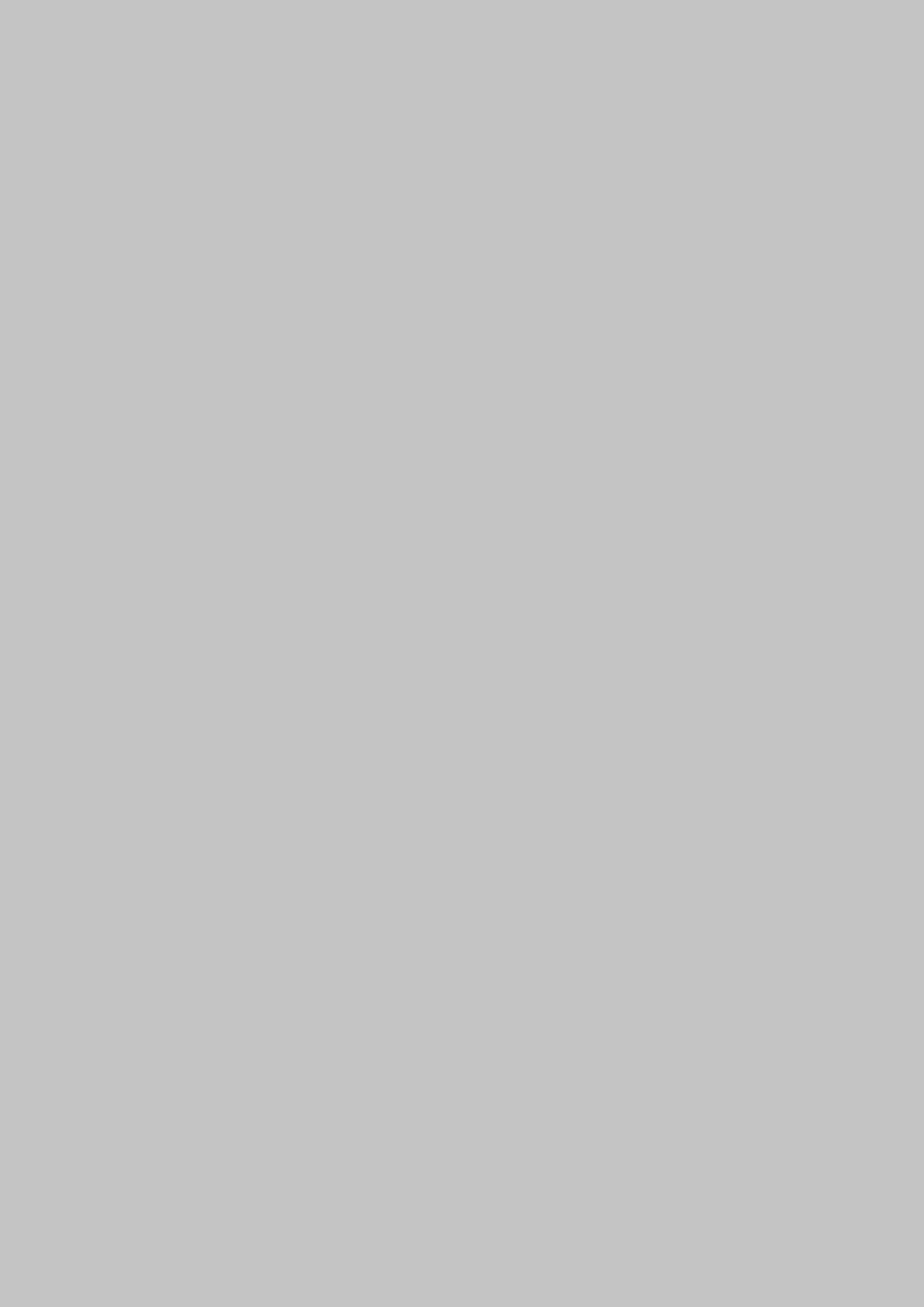 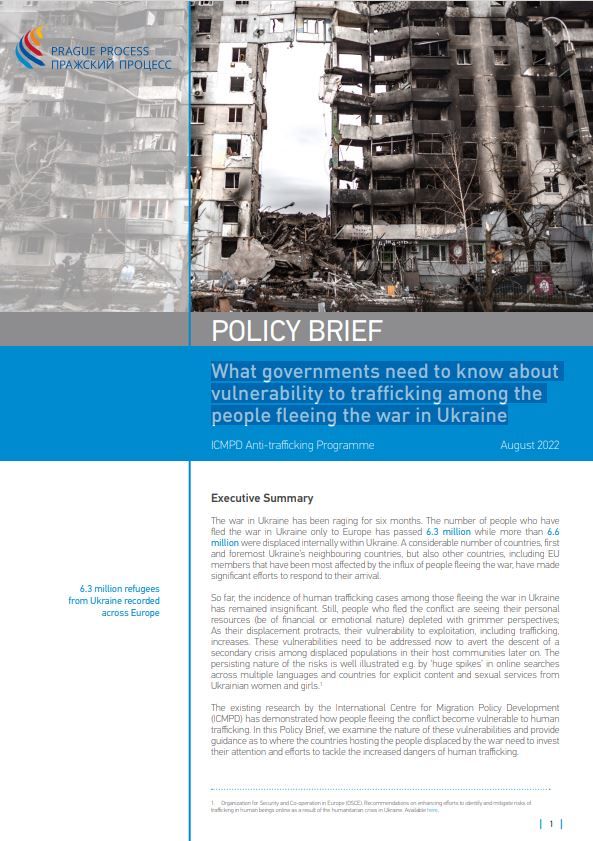 The war in Ukraine has been raging for six months. The number of people who have fled the war in Ukraine only to Europe has passed 6.3 million while more than 6.6 million were displaced internally within Ukraine. A considerable number of countries, first and foremost Ukraine’s neighbouring countries, but also other countries, including EU members that have been most affected by the influx of people fleeing the war, have made significant efforts to respond to their arrival.

So far, the incidence of human trafficking cases among those fleeing the war in Ukraine has remained insignificant. Still, people who fled the conflict are seeing their personal resources (be of financial or emotional nature) depleted with grimmer perspectives. As their displacement protracts, their vulnerability to exploitation, including trafficking, increases. These vulnerabilities need to be addressed now to avert the descent of a secondary crisis among displaced populations in their host communities later on. The persisting nature of the risks is well illustrated e.g. by ‘huge spikes’ in online searches across multiple languages and countries for explicit content and sexual services from Ukrainian women and girls (OSCE, 2022).

The existing research by the International Centre for Migration Policy Development (ICMPD) has demonstrated how people fleeing the conflict become vulnerable to human trafficking.

In this Policy Brief, we examine the nature of these vulnerabilities and provide guidance as to where the countries hosting the people displaced by the war need to invest their attention and efforts to tackle the increased dangers of human trafficking.

The Policy Brief was prepared by the Anti-trafficking Programme of ICMPD in the framework of the “Prague Process: Dialogue, Analyses and Training in Action” initiative, a component of the Migration Partnership Facility, with the assistance of the European Union.

The contents of this publication are the sole responsibility of the authors and in no way represent the views of the European Union. 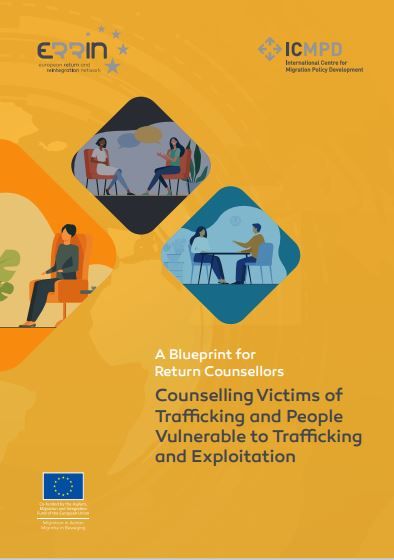 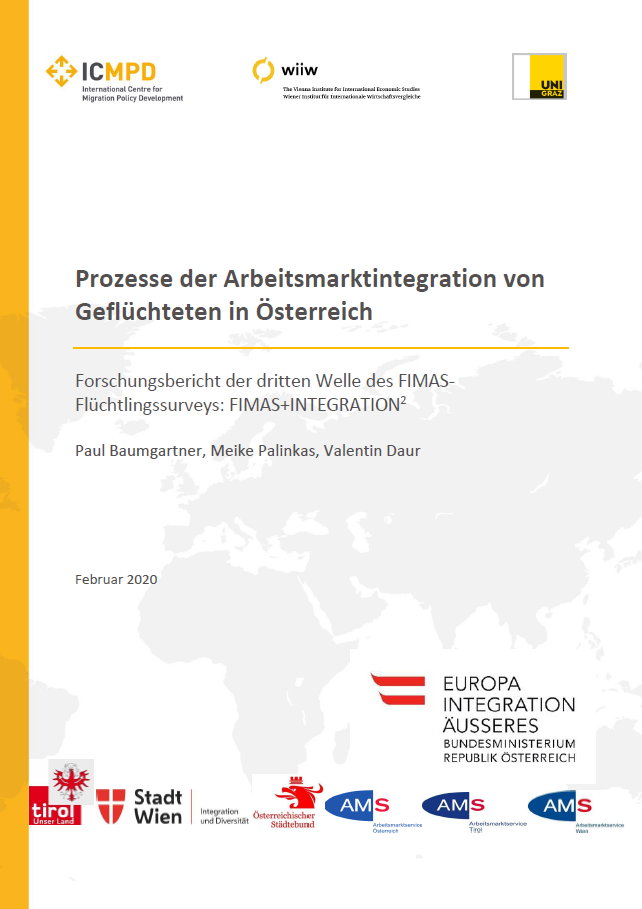 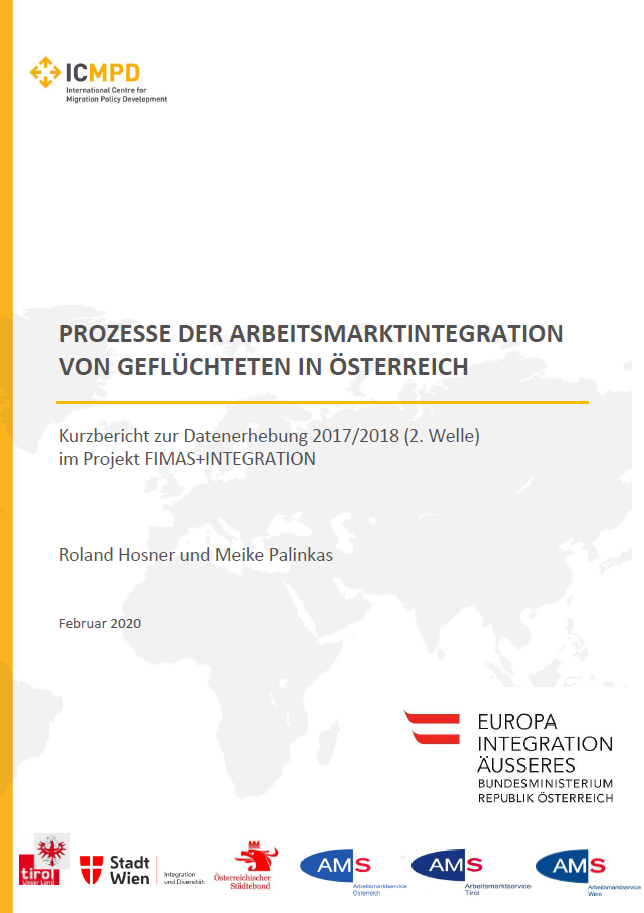