In anticipation of the upcoming High-Level Conference on the Eastern Mediterranean/Western Balkans Route on 8 October, ICMPD analyses the EU response so far and identifies areas for increased commitment to better manage the current refugee crisis.

When the European Commission presented its new policy approach to migration, the European Agenda on Migration, in May this year, the main focus of attention was the Mediterranean.  About 800 refugees had died when a vessel capsized at the Libyan shores.

In September 2015, against the unexpected and increasing numbers of people transiting via the Western Balkan Route, Commission President Juncker admitted “policy makers have been neglecting the Balkans route”. The route through this region is not new and, in fact, has been a well-established transit path for migration flows between Schengen countries for a number of years, but is nowadays used on a scale not seen before. Destination and transit countries in the EU and Western Balkans are struggling, and especially in South Eastern Europe, states lack the capacities and are straining their scarce resources to deal with the people transiting their territory.

Estimates differ, but it is safe to say that up to 400.000 people have travelled this path in summer 2015. While the composition of migration flows is mixed, there is an exponential increase in the number of persons from refugee producing countries, notably from Syria, Iraq and Afghanistan. In fact, 90% of those using the Eastern Mediterranean route are nationals from one of these three countries.

The recent events forced European leaders to bring back the spot light of attention to the closer European neighbourhood by tabling the second implementation package of the European Agenda on Migration including a number of measures intended to alleviate the pressure on the countries along the Western Balkan migration route.

The support envisaged by the EU for the partner countries in the Western Balkans mainly consists of enhancing reception and asylum processing capabilities, and stepping up cooperation to fight organised crime responsible for migrant smuggling. In addition to humanitarian support, the financial support focuses on the identification of migrants, intra-regional and inter-regional information sharing and mechanisms to offer return solutions. Many of the proposals are of medium term impact and, if the flows are continuing in this manner, will ultimately lead to humanitarian shortcomings with the winter months soon to come.

The support to the Western Balkan countries remains mainly in line with the traditional capacity building support approach, though with increasing financial support. It does not, however, offer radically new concepts on, for example, how to best integrate the countries of the Western Balkans into regional considerations on the management of migration and asylum flows. While solidarity at EU level is shown by offering a significant number of relocation places, solidarity in the external dimension is only promised to Western Balkan countries in the form of financial contributions.

The ‘High-Level Conference on the Eastern Mediterranean/Western Balkans Route’ in Luxembourg on 8 October is an opportunity for the EU to go beyond this.

Two main phenomena, amongst others, are colliding: the Western Balkan countries as countries of destination and also as countries of transit. While the majority of migrants and refugees seek to transit, some remain – or get stranded - in one of the Western Balkan countries. Consequently both phenomena need appropriate answers. As pointed out above, the majority of those choosing this migratory route come from refugee producing countries and are thus in need of appropriate asylum processing and accommodation capacities while others are not in need of protection and require a functioning return process.

The proposed support to the Western Balkan countries predominantly addresses those that filed an asylum claim with the purpose to (temporarily) stay in the Western Balkan country and those that were apprehended and identified as not in need of international protection. The response thus concentrates on efforts to increase the asylum processing and reception capacities at national level as well as the return processes at national and regional levels.

The proposed support nevertheless only offers little with respect to those who do not intend to stay in the region but wish to travel further on to other EU countries. The hotspots approach concentrates on Greece, since Hungary declined the offer to also host a hotspot and to benefit from the relocation scheme, thereby “freeing” around 50.000 relocation places that were already agreed and accepted by the EU MSs. The latter requires further attention.

Firstly, the integration of the region into the wider EU policy on managing the current flows and challenges is considered key. The recent events demonstrated that unilateral decisions in the migration management of one country have vast influences on migration flows in a whole region, on migration routes and consequently on asylum systems of other states. A “domino-effect” can be observed: Once a migration system reacts outside common rules it can and will threaten the stability of other surrounding migration management systems. By engaging the Western Balkans more closely in joint migration policy making, the EU can promote a safe corridor through the region and at the same time ensure that these countries take part in responsibility sharing.

Secondly, there is a lot of uncertainty on the flows still to be expected. The national actions and policies follow rather ad hoc analysis of the situation instead of basing policy responses on consistent and robust data. EU MS and Western Balkan countries need to invest into data gathering and enhance data sharing to create the necessary conditions for evidence based policy development.

Thirdly, it may be worth considering the inclusion of the Western Balkan countries into the hotspots approach. It seems predictable that the hotspots to be installed in Greece will hardly manage to register all migrants and refugees. A significant number will circumvent the hotspots and travel on via the WB countries. Additional hotspots could also be set up, for example, in border areas between Macedonia and Serbia and/or at the border areas of Hungary towards Serbia and Croatia. The establishment of such registration centres must be accompanied by significant support to the countries where they are located as well as true and unquestioned support for the resettlement of refugees registers there.

One of the aims of the hotspots is to “filter” those in need of protection from those (ab)using the flows.  The Western Balkans will play an important role in return operations repatriating persons not entitled to international protection to their countries of origin, thus a joint effort by the countries of the Western Balkans in this respect could be facilitated in the context of hotspots in the region.

Fourthly, the European Commission’s contested but recently approved proposal for relocation of refugees within Europe, the ‘quota’, could be extended to the Western Balkans. Since Hungary declined the offer to benefit from the relocation scheme 50.000 relocation places were “freed” with yet no country yet determined to benefit from relocation in replacing Hungary. Some of those freed places may well be offered to the WB countries for resettlement, thereby offering a further safe corridor for those transiting the region.

Last but not least, financial support provided by the EU needs to be flexible, dynamic and easy to access, to allow for timely responses. The refugee situation in the Western Balkans has, is and will continue to change fast. The Funds in the Instrument of Pre-Accession (IPA), the EU’s pot for the Western Balkans, should be restructured with the aim to significantly shorten lengthy application procedures for accessing necessary funds.

The High Level Meeting in Luxembourg is a good opportunity to further listen to the needs of the Western Balkan countries and to take the appropriate measures. The short preparation time and the relatively short duration scheduled for this meeting indicate that it can only be a starting point. To take up the necessary commitment for offering true solidarity towards countries along the most significant entry point to the EU, it is hoped that concrete follow up steps will be decided to give this migratory route the necessary emphasis, while maintaining sight of potential further changes in routes.

The views expressed here are those of the authors and not those of ICMPD. 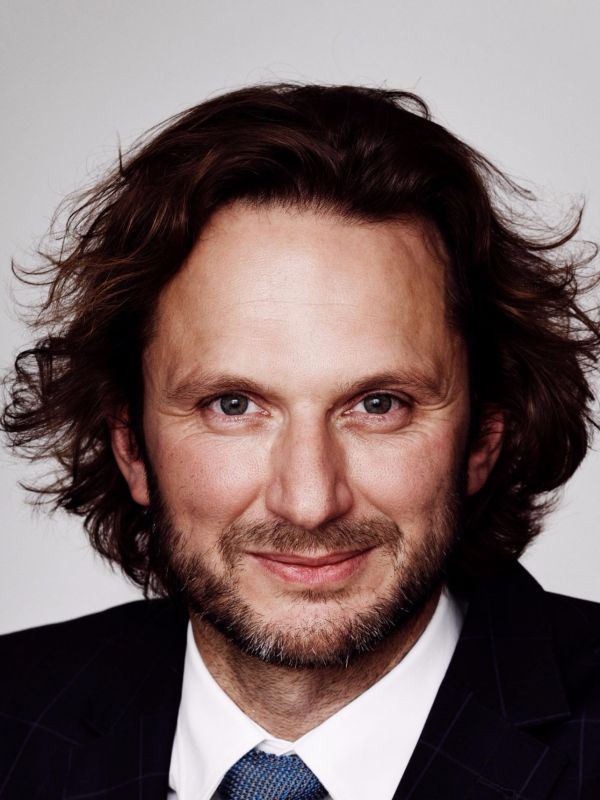 The CADRE project, implemented by ICMPD within the framework of the European Return and Reintegration Network (ERRIN programme), entered the autumn season hosting two “Train-the-Trainers” sessions for return counsellors in Berlin. The face-to-face training took place on 6-10 September and 27 September-1 October 2021.

Trafficking in Human Beings: Informative action to address the impunity of offenders

Before the entry into force of the Protocol to Prevent, Suppress and Punish Trafficking in Persons specially Women and Children, supplementing the United Nations Convention against Transnational Organized Crime (Palermo Protocol), most countries did not comprehensively criminalize trafficking, which left victims unidentified and offenders unpunished – human trafficking was occurring with impunity. Even though countries have today introduced anti-trafficking legislation, impunity remains widespread.

In the ’global race for talent’, countries are seeking to attract the best and brightest to meet labour market needs and drive innovation and growth. National talent policies often look to attract international students, a group that is seen as a significant source of future talent. Students are sought after because their in-country academic qualifications, language proficiency, and internship or work experience are seen as gateways to easy integration and knowledge contribution in the destination country.